Journey with the LORD

Sharing God's LOVE for the mankind

Looking beyond past and present circumstances 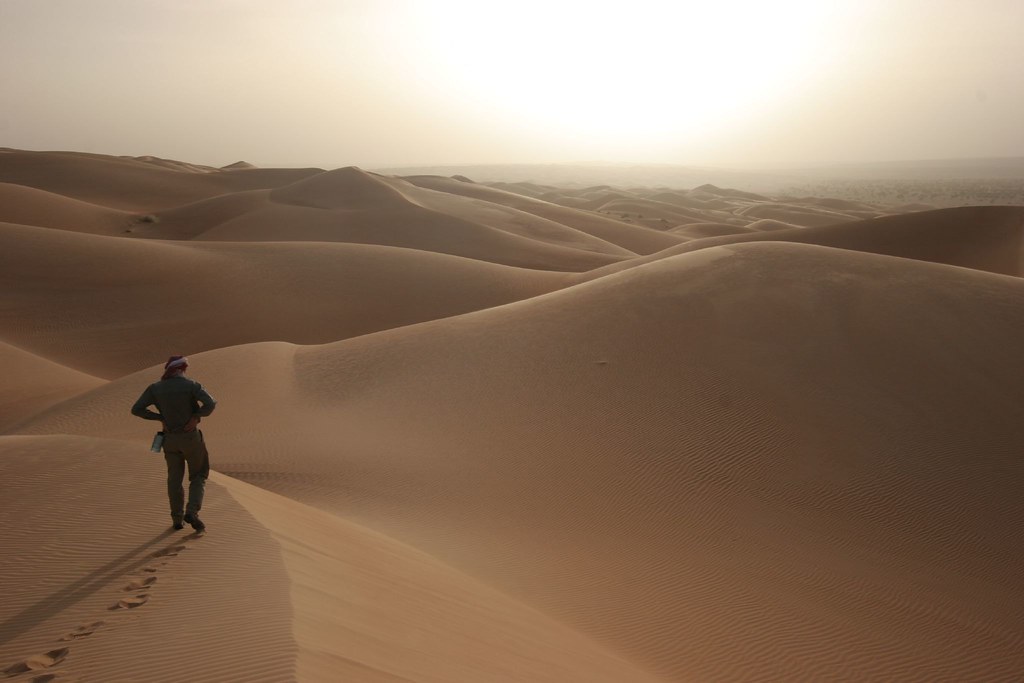 Isaiah 43:16-19 (NIV)
16 This is what the Lord says—
he who made a way through the sea,
a path through the mighty waters,
17 who drew out the chariots and horses,
the army and reinforcements together,
and they lay there, never to rise again,
extinguished, snuffed out like a wick:
18 “Forget the former things;
do not dwell on the past.
19 See, I am doing a new thing!
Now it springs up; do you not perceive it?
I am making a way in the wilderness
and streams in the wasteland.

Oftentimes God calls us out of our present and familiar situation and thrust us into new situations. That can include leaving behind our past and present relationships, jobs or places. The Bible shows a common recurring pattern for people called upon to follow God’s divine plan. This pattern can occur multiple times throughout a person’s life. Although this doesn’t mean everyone go through the exact same pattern since everyone is unique and different. Nevertheless it is still beneficial to learn from observing this pattern in others’ lives. These people usually go through the following pattern:

1. Deciding on whether to accept or reject what God has planned for them.

Taking that first step can be difficult sometimes because in some cases, God is asking us to give up familiar attachments we have (including relationships, jobs, places, lifestyle, etc…) before we can start our journey. Not everyone choose to accept this. One verse illustrates this point quite well –

Another verse illustrates God’s invitation to partake in His shared blessings, notice that not all accept His invitation –

Luke 14:15-20 (NIV) 15 When one of those at the table with him heard this, he said to Jesus, “Blessed is the one who will eat at the feast in the kingdom of God.”
16 Jesus replied: “A certain man was preparing a great banquet and invited many guests. 17 At the time of the banquet he sent his servant to tell those who had been invited, ‘Come, for everything is now ready.’
18 “But they all alike began to make excuses. The first said, ‘I have just bought a field, and I must go and see it. Please excuse me.’
19 “Another said, ‘I have just bought five yoke of oxen, and I’m on my way to try them out. Please excuse me.’
20 “Still another said, ‘I just got married, so I can’t come.’

Sometimes accepting what God has called us to do take a huge leap in faith, not knowing why or how they will accomplish what God had planned for them.

2. Undertaking what God has called them to do.

After accepting what God has called us to do, we enter a period of transition and change that comes with much uncertainty. Sometimes we second-guess ourselves or God on whether if we’re on the right path, if we have heard correctly, etc… Sometimes we longingly look back to the old days because that was familiar (and less painful) compared to present wilderness. It’s is not always easy in time of transition and test our obedience and faith in God. The question is, will we rise up to the challenge or dwell over present and past circumstances?

3. Reaping what they had sown, whether good, bad or both.

What we do throughout our journey determine what we will sow for ourselves in the end. Our previous choices and how we respond to God’s plan has very important consequences. For some, we receive the long-awaited blessings and for some others, punishments. Don’t take this the wrong way, He is extraordinarily patient with us and our weaknesses. He truly desires that all come to repentance, for us to grow and prosper in Christ.

2 Peter 3:8-9 (ESV) 8 But do not overlook this one fact, beloved, that with the Lord one day is as a thousand years, and a thousand years as one day. 9 The Lord is not slow to fulfill his promise as some count slowness, but is patient toward you, not wishing that any should perish, but that all should reach repentance.

An example of this pattern comes from a book of Exodus and Numbers. In the first verse below, God has declared His plan to rescue people from oppressive slavery in Egypt.

Exodus 3:7-9 (NIV) 7 The Lord said, “I have indeed seen the misery of my people in Egypt. I have heard them crying out because of their slave drivers, and I am concerned about their suffering. 8 So I have come down to rescue them from the hand of the Egyptians and to bring them up out of that land into a good and spacious land, a land flowing with milk and honey—the home of the Canaanites, Hittites, Amorites, Perizzites, Hivites and Jebusites. 9 And now the cry of the Israelites has reached me, and I have seen the way the Egyptians are oppressing them.

He had declared His promise that His people will settle in Promised Land, a land flowing with milk and honey. We can see that God was acting out of His endless love for His people and wanted to remove them from negative circumstances and lead them to a better place (among many other reasons as well!). He wants this for everyone and He knows that the journey is not always easy! That’s why God guide us. That’s why we must depend on God’s guidance, not our own, for He knows the best path that lies ahead.

Later in the Exodus, we read about how God sent miracles after miracles, putting His plan in motion. God divided the waters of Red Sea to make way for Israelites to escape! He also provided them with heavenly manna and water to sustain them in barren wilderness. He also guided them by pillar of cloud during the day and pillar of fire during the night. How amazing is that? Despite numerous miraculous displays, some people still grumbled and complained about their present circumstances, thinking it was better to die in Egypt than in the wilderness.

Exodus 16:2-3 (NIV) 2 In the desert the whole community grumbled against Moses and Aaron. 3 The Israelites said to them, “If only we had died by the Lord’s hand in Egypt! There we sat around pots of meat and ate all the food we wanted, but you have brought us out into this desert to starve this entire assembly to death.”

Numbers 14:1-4 (NIV) 14 That night all the members of the community raised their voices and wept aloud. 2 All the Israelites grumbled against Moses and Aaron, and the whole assembly said to them, “If only we had died in Egypt! Or in this wilderness! 3 Why is the Lord bringing us to this land only to let us fall by the sword? Our wives and children will be taken as plunder. Wouldn’t it be better for us to go back to Egypt?” 4 And they said to each other, “We should choose a leader and go back to Egypt.”

This pattern doesn’t have to apply only to specific chapters of our life, but can apply broadly to our entire life. God has called on everyone to follow Him, bestowing each of them with unique God-given gifts. It is up to each individual if they want to follow God and use their gifts to advance His kingdom. The second part of this pattern consist most, if not all, of our life. We make series of choices that determines what we will receive in the end. The last part of this pattern happens when we die. We will either receive a blessing of eternity with God or a punishment of eternity without God. Remember, God desires that all come to repentance and follow Him. If we continue to keep faith and believe that Christ shed his blood for our sin then truly God will bless us with an eternity in Heaven.

Just keep chasing after Him and God will truly bless you! Just remember that journey will involve some sacrifices, ups and downs, and trials. But in the end, it will be worth it! Rest assured, God has your best interest at heart, and His kingdom as well! He is not doing this to torment us or to make our lives more difficult for no reason. It is simply part of our journey. He truly wants to see you succeed and prosper. He is breaking down what is not of Him and to build us up in Godly character – such as love, peace, joy, patience, etc…

Romans 5:1-5 (NIV) 5 Therefore, since we have been justified through faith, we have peace with God through our Lord Jesus Christ, 2 through whom we have gained access by faith into this grace in which we now stand. And we boast in the hope of the glory of God. 3 Not only so, but we also glory in our sufferings, because we know that suffering produces perseverance; 4 perseverance, character; and character, hope. 5 And hope does not put us to shame, because God’s love has been poured out into our hearts through the Holy Spirit, who has been given to us.
Philippians 3:12-14 (NIV) 12 Not that I have already obtained all this, or have already arrived at my goal, but I press on to take hold of that for which Christ Jesus took hold of me. 13 Brothers and sisters, I do not consider myself yet to have taken hold of it. But one thing I do: Forgetting what is behind and straining toward what is ahead, 14 I press on toward the goal to win the prize for which God has called me heavenward in Christ Jesus.

2 Corinthians 5:17 (ESV) 17 Therefore, if anyone is in Christ, he is a new creation. The old has passed away; behold, the new has come.

What does that mean for us? For some of us, God might be calling us to come out of our present relationships, jobs, or locations. It might not make sense at first. Just like how Israelites looked at the bleak wilderness and longingly thought of ‘better’ place in Egypt while the true blessings was in store for them in the future. As we saw, it was up to them to accept these blessings or not. As we read, many did not accept their promised blessings and chose not to go through grueling wilderness before receiving blessings from God. By looking to their past and present circumstances in a negative light, they actually hindered the blessings God had planned to give them in the present and the future. God didn’t withdraw his blessings from these people. Instead, they chose not to receive His blessing!

Some of us might be clinging onto old and unhealthy relationships (friendship/romantic/family) thus preventing us from opportunities for new relationships to emerge in our life. Perhaps God wanted to bestow us with something much better than what we have currently?? It could be just a simple character/personal development. It could be a new helpmate. It could be many other things. It’s not always an easy or pretty path to take, but nevertheless God will never forsake or abandon His children. He is continuously guiding us to a better place. Will we take a leap of faith? Even though it might cost us dearly?

By God’s own leading, not our own.

I have created this blog to help share God’s immense LOVE for mankind and I hope to reflect His LOVE best as I possibly can!

Gentle Bloom by owner of this blog is licensed under a Creative Commons Attribution-NonCommercial-ShareAlike 4.0 International License.

Theme by Anders Noren — Up ↑